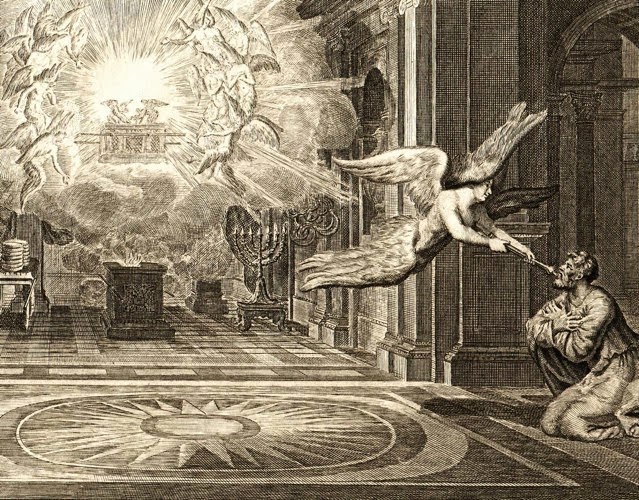 The fear of the Lord is the beginning of wisdom;
all those who practise it have a good understanding.
Psalm 111:10

For about 1800 years most Christians would have understood the idea of fearing the Lord to mean just what it said on the tin. Over the past couple of centuries or so the tendency has been for many theologians, pastors and teachers to explain away the notion of fear and replace it with something altogether more cuddly. Two main strategies have been employed, to emphasise that perfect love casts out fear and to re-cast the word 'fear' to mean 'awe.' Both approaches are perfectly sound so far as they go but effectively unbalance doctrine by being deployed as primary explanations rather than as auxiliaries to add to our understanding of the plain meaning of Scripture.

The first argument rests on the words of the Beloved Disciple There is no fear in love, but perfect love casts out fear; for fear has to do with punishment, and whoever fears has not reached perfection in love.(1 John 4:18) It is worth noting the contrast between beginning and reached perfection. If every mention of fear is immediately counterbalanced with the effects of perfect love it will have the same effect as telling a child on the first day of primary school not to worry because whatever they do they will get a university degree in due course since perfect education means prizes for all. Perfect love is not our starting point fear of the Lord is. By following the path which this fear indicates we may hope, by the grace of God, to attain to final perfection but if we dispense with the fear then we cannot realistically hope to attain the perfection.

Secondly, to contain the entirety of the meaning of 'fear' within the idea of 'awe' is to have an incomplete understanding. One might feel awe in the presence of a President or Queen, a Mount Fuji or a Niagara Falls. That is, one recognises that one is in the presence of something commanding power or respect or possessing grandeur and feels impressed beyond measure. Such a response is perfectly reasonable when encountering or contemplating the One who created and sustains the universe and everything in it but awe can only ever be a part of that response not the whole of it. We need to take into account that God is not an impersonal force of nature, He is the Living God with whom we have a personal relationship. His power and majesty has a direct connection with us personally, we depend upon Him. Who we are and what we do is not a matter of indifference to Him and His justice and truth are not a matter of indifference to us.

What this means can be seen in the encounter between the Prophet Isaiah and the Almighty-  I said: ‘Woe is me! I am lost, for I am a man of unclean lips, and I live among a people of unclean lips; yet my eyes have seen the King, the Lord of hosts!’ (Isaiah 6:5) This is very similar to the reaction of St Peter quoted above. I think that the concern to explain away the notion of the fear of God springs from the perception that this gives the idea that God is an angry, unpredictable deity who constantly requires propitiation lest He break out into an irrational and ungovernable rage. Yet what we see from Isaiah and St Peter is that their fear springs from a knowledge of themselves and their own weaknesses. It is not the irrationality of God that worries them it is that they recognise His perfect justice and truth and they know that their own sinfulness renders them wholly unfit to be in His presence. Classical Greek philosophy suggested that the maxim know thyself was the beginning of wisdom. Scripture suggests that knowing ourselves in relation to God is the beginning of wisdom. It is when we see the gulf between ourselves as we are before Him and as we should be before Him that we feel fear.

This is not a fear that we should explain away, it is a fear that we should nourish. It is a searchlight into our hearts exposing our inadequacies and prompting us to change. That process of change forms the content of our relationship with the Triune God. We seek to become mirrors so that we reflect Him, our sins are transformed through Him into virtues our weaknesses into strengths. We attain more closely to perfection and so to the casting out of fear. Yet if we do not begin with fear we can never fully understand our imperfections and attempt to do something about them. Dispensing with fear can only be done by embracing ignorance of both God and ourselves. Knowledge of both is the essential root of of our recognising the need we have for salvation and for a saviour.