We must respect our opponents' humanity

It occurs to me that I never got around to posting my Guardian article published in the wake of the Arizona shootings last year. This is that 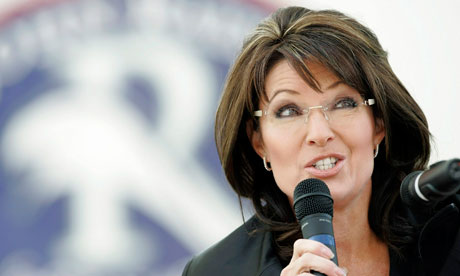 Comments by and about Sarah Palin over the Arizona shootings have underlined the importance of civility in the public sphere. Photograph: Randy Snyder/Getty Images

The question: Does civility matter?

The opening lines of the Buddhist classic the Dhammapada are "Mind precedes all mental states. Mind is their chief; they are all mind-wrought. If with an impure mind a person speaks or acts suffering follows him like the wheel that follows the foot of the ox." Thought precedes words, words precede deeds. Does Sarah Palin precede the terribleshootings in Arizona?
Arguably anyone who answers that question by saying "yes" could be accused of creating a climate which legitimises the assassination of Palin herself. Incivility is a vicious spiral. It is a continuation of war by other means. The point of attack speech is not to convince but to defeat by humiliation or other means. It proceeds from the conviction that our rightness, the rightness of our cause is more important than the mere persons of those who disagree with us. If our opponents are not people but "wing-nuts" or "lifestyle gays" then it doesn't really matter what we say. If they are cut they do not bleed.
It seems to me that for a Christian the starting point should be Christ. Not so much "what would Jesus do?" as "why did Jesus suffer?". I have never met a person that Jesus did not die for, I have never spoken about a person that Jesus did not love. When I am thinking about my best friend's best friend then I think differently than if I am thinking about some warmongering hockey-mom that wants to nuke Iran. And that should be reflected in how I write, how I speak, how I act.
Back in 1984 the IRA exploded a bomb in Brighton that very nearly killed Margaret Thatcher. Over the course of the next few days I lost count of the number of people I heard saying, on the street, in buses, at supermarket checkouts, how much they regretted that the IRA had failed to achieve its aim. These were not Republican sympathisers, these were people who hated Thatcher and without willing the means, terrorism, willed the end, assassination. And that at a time when dialogue had not been coarsened and brutalised in the way that appears to have happened since the culture wars began in the US. Which brings us back to thoughts preceding words preceding deeds. Unexpressed hatred is no less dangerous than its expressed variety, arguably it is more so. The supreme incivility does not consist of calling someone less than human. It consists in believing that someone is less than human.
In debate and discussion I usually (actually always) start from the assumption that I am right and that those who disagree with me are wrong. It seems pointless to argue from a point of view otherwise. What I do not begin with is the assumption that my correctness makes me a superior form of creature to those whom happenstance has placed in the camp of error. Being right is not the same as being better. And if I am not better than my interlocutor, why act as if I was? Civil discourse does not proceed from respecting your opponents' beliefs, which in the case of atheists are ludicrous tosh, but in respecting your opponents' humanity. Once you do that, your finger never tightens on the trigger.