Conceited Hearts and an Immaculate One 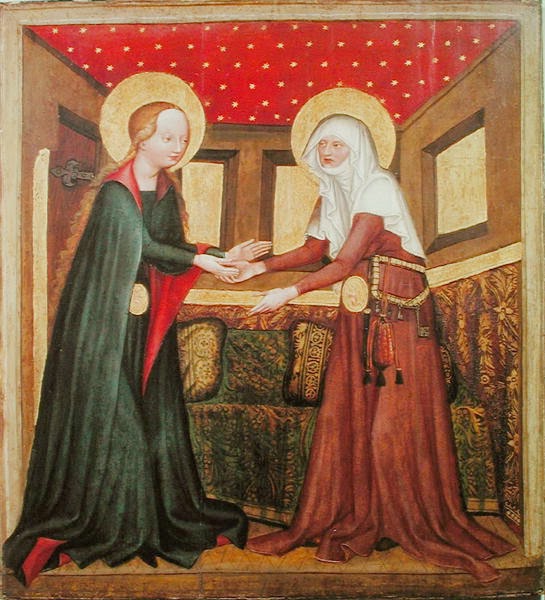 51 He hath shewed might in his arm: he hath scattered the proud in the conceit of their heart.
Luke 1:51

Its first appearance though is in the mouth of the Archangel Gabriel
And he shall go before him in the spirit and power of Elias; that he may turn the hearts of the fathers unto the children, and the incredulous to the wisdom of the just, to prepare unto the Lord a perfect people. (Lk 1:17)

It is also applied to those Judeans who heard the events surrounding the birth of St John the Baptist
And all they that had heard them laid them up in their heart
(Lk 1:66)

Indeed, the only time that the concept is used negatively is by our Lady in the quote that begins this reflection from her Magnificat. In this, as you might expect, Mary has a sound basis in Jewish scripture and tradition-

16 Six things there are, which the Lord hateth, and the seventh his soul detesteth:
17 Haughty eyes, a lying tongue, hands that shed innocent blood,
18 A heart that deviseth wicked plots, feet that are swift to run into mischief,
19 A deceitful witness that uttereth lies, and him that soweth discord among brethren.
Proverbs 6

What is meant by heart is something like what we might mean by 'mind' but incorporating within it feelings and emotions. That is, reason plays a prominent part in it but not an exclusive one. These words of the Blessed Virgin have been translated in various ways each giving a slightly different take on the same thing-
Arrogant thoughts (Common English Bible)
Scattered the proud in the thoughts of their hearts (English Standard Version)
the imagination of their hearts. (Authorised Version)
those who are proud in their inmost thoughts. (New International Version)
The proud in mind and heart (The Voice)
And so on and so forth.

So, we have arrogance, pride, conceit and imagination each of which is deemed apt to describe the inner workings of those whom our Lady contrasts with the humble ones whom God delights to honour. This has a resonance with the Messianic Psalm 2
Why do the heathen rage,
and the people imagine a vain thing? (Psalms 2:1 AV
The point here, which Mary above all others is qualified to make, is that in some sense 'humility' means the same thing as 'truth'. In understanding herself as being fragile and vulnerable and dependant upon the mercy of God, subject to an innumerable number of hazards of nature and man's design, any one of which could strike her down in an instant, the Virgin recognises the absolute truth about her status as a human. By contrast those who believe themselves capable of making the will of God and the inescapable facts about our limitations subject to their own will and power are making false assumptions about themselves. And these assumptions proceed from an arrogance, a pride, that imagines things about themselves which are entirely untrue.

One of the delusions of our own age is the notion of autonomy. Each person is considered to be a wholly independent unit who should only concede to limitations on that independence, if they concede them at all, entirely by their own free and unconstrained choice. And if these limitations become irksome then they should be equally free to revoke the concession whenever they want. In many ways it is an attractive image. It is also, as it happens, a conceit of the heart. From the moment of conception onward we are not independent or autonomous nor is there any reason why we should be. We are dependant upon others and other become dependant upon us. Even the language of 'rights' where we demand this or that right as a freedom that necessarily flows from our position as a citizen tacitly acknowledges that the achievement of each right for each individual always flows from other individuals fulfilling a duty or discharging an obligation.

To exercise a wise human freedom we must always begin, as the Mother of God began, by acknowledging the basic truth about ourselves. Here humility is not an affectation nor a conscious attempt to be virtuous, though it is the virtue above all other virtues, it is a simple recognition that we are limited and dependant. This is not to advocate timidity it is to say that we should do all that we can do but to accept that in order to achieve all that we can achieve we must act on the realistic acceptance that all true success depends more upon others than upon self. And all true rejoicing must be in the benefits that all our successes confer upon others.