The Gravity of Ascension 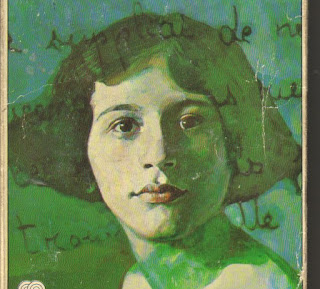 We believe we are rising because while keeping the same base inclinations (for instance: the desire to triumph over others) we have given them a noble object.
We should, on the contrary, rise by attaching noble inclinations to lowly objects.
(Simone Weil)

The time between the Ascension of the Lord and the descent of the Holy Spirit at Pentecost affords Christians the opportunity to reflect upon the necessity for grace. Without the Spirit we cannot ourselves ascend after Jesus. There is a gravity which draws us downwards to the things of the earth. Only God's grace within us can overcome this powerful earthbound force.

The absence of active grace opens up a void inside a person. Our Lady and the Apostles recognising this emptiness responded by prayer, vigil and a patient waiting for God to act upon them in a time and manner of His choosing. That which is best for us is that which He desires to give us.

For most of people, though, a vacuum is an abhorrent thing and we rush to fill it up with something, anything. The philosopher Simone Weil argued that the tool which we use most frequently for this purpose is imagination. In place of the true God, who has chosen to make absence His way of being present to us, we invent another god, or many gods to fill up that empty space.

One of the techniques which we use is to pretend that our wrongful desires, such as the longing to gossip maliciously about friends, family and colleagues, serve a good purpose. We are, after all, decrying their vices in order to implicitly praise the opposite virtues. Likewise if we respond to the angry and suspicious by being aggressively self-assertive in return it is because we are in the right and they are in the wrong.

This is transparently self-deceptive and we rarely convince even ourselves. Moreover when such behaviour becomes habitual not only do we not rise but the gravity of what we do drags us down until we are wholly of the earth earthy. Frequently repeated actions change who we are and how we think. And when those actions are founded upon self-serving fictions and our basest inclinations then they not only lead us to hell they become themselves, for us, a present hell of perpetual anger, maliciousness and distrust.

If we have families, jobs or studies to occupy us it is unlikely that we can set aside as much time for prayer and vigil as Our Lady and the Apostles did. While doing as much of this as we can we can use the rest of the time "attaching noble inclinations to lowly objects." Here the philosopher echoes St Therese of Lisieux who wrote "I applied myself above all to practice quite hidden little acts of virtue; thus I liked to fold the mantles forgotten by the Sisters, and sought a thousand opportunities of rendering them service." We rise then by doing the littlest of things for the sake of love and only for love. This is not an act of the imagination, we recognise these things for what they are, it is an act of the will which we make to overcome gravity while waiting for transforming grace.

Even the desire to do good is itself an action of the Spirit within us. Yet as He is infinite His presence can take an infinity of forms and grace be be present as a passive or hidden force in our hearts. It resembles the story of Jesus asleep on the boat (Mark 4:35-41) The ship cannot sink so long as He is aboard but it can be severely tried by the fury of the storm. In His own good time (perhaps sped up by prayer) He awakes and by His active power brings peace and "a great calm." So too with us, we cannot ascend to the spiritual heights without His active grace but by cooperating with His hidden grace through 'lowly objects' we can bring ourselves to Pentecost.
@stevhep