Enlightenment Too? Who Needs #Buddha 3? 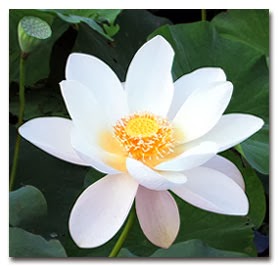 Part of the quest that points people Eastward as the desire to achieve enlightenment. This is understood as a moment in time when suddenly one "gets it". Everything which before was seen as in a glass darkly suddenly becomes limpidly clear and understood not only as an idea in the mind but as an entering into the ultimate truth such that from that moment one inhabits and is inhabited by that truth, that reality behind the reality. A model for this is provided by the Buddha. After experiencing this moment he reputedly said-


153. Through many a birth in samsara have I wandered in vain, seeking in the builder of this house (of life). Repeated birth is indeed suffering!
154. O house-builder, you are seen! You will not build this house again. For your rafters are broken and your ridgepole shattered. My mind has reached the Unconditioned; I have attained the destruction of craving

Leaving aside the belief in reincarnation, which is something many Westerners who attach themselves to Eastern spiritualities are more than happy to do, the questions that interest me are-

Only those who have actually experienced such a Bodhi Tree moment can really answer the first question of course and I can make no such claim. Basing myself, however, on the description of the effects of such moments and the subsequent life paths of some who have claimed to have them I can draw some tentative conclusions.

Firstly, making having such an experience a primary goal of life leads to practices of self discipline, self control, benign (if detached) compassion and an emphasis on the non-material non-passionate aspects of life which are on the whole beneficial spiritually and emotionally. For the reason that they are also rather challenging more people, perhaps, desire enlightenment than pursue such paths seeking to shortcut the process with the aid of drugs, ritualism or the gadfly practice of flitting from teacher to teacher or book to book. This creates something of a spiritual version of the dieting industry which relies upon repeated failures leading to new attempts to avoid doing the obvious thing of eating less and exercising more or its Buddhist/Taoist/Vedanta equivalents.

Secondly, satori certainly sounds like a final snapping of the threads. A reaching of the point where one is definitively, so far as it is ever possible for frail humans to do anything which they don't subsequently undo, detached from the desire for things or for sensual pleasures as an end in themselves. That being so it simply must be a life changing experience and a valuable one too since it is a heart-recognition of the simple truth that we can all profess with our lips that the ownership of things and an enslavement to desires and whims is no route to happiness. The caveat to that is, once you are detached what then? Is it an end to growth and if not then into what do you grow? If you have realised the truth then repeating the same realisation again and again achieves nothing but if your understanding can grow then what you recognised in the first place was but a fragment of truth.

It seems to me that Christianity can offer two analogues to this own well known and one less so. The first is that which is pretty much accessible to all and is the initial conversion experience, like that of St Paul on the road to Damascus. Most Christian traditions afford examples of this and it is variously referred to as conversion, being born again,  personal assurance of salvation and so on. The experience of St Ignatius Loyola, founder of the Jesuits, is interesting in this context-

It was while here that the ideas for what are now known as the Spiritual Exercises began to take shape. It was also on the banks of this river that he had a vision which is regarded as the most significant in his life. The vision was more of enlightenment, about which he later said that he learned more on that one occasion that he did in the rest of his life. Ignatius never revealed exactly what the vision was, but it seems to have been an encounter with God as He really is so that all creation was seen in a new light and acquired a new meaning and relevance, and experience that enabled Ignatius to find God in all things.

A Brief Biography of St Ignatius

These Christian experiences sometimes come like a bolt from the blue, as in St Paul, and sometimes after a time of searching and prayer, as in St Ignatius and also St Augustine. What is common to both is that they are experienced as a gift. They come by an act of the grace of God, they are the work of the Holy Spirit. They are certainly life changing and definitive but they are not the pure product of self directed effort they are rather a turning point in a relationship, a moment where love deepens. They are also, therefore, the foundation for growth since it is a relationship which never ends and a love which can never be exhausted.This is because, in Catholic understanding at least, conversion is not an event it is a process albeit one which can incorporate more or less dramatic event within itself.

Unlike Christian mysticism this kind of conversion experience is not a hard to find secret buried deep in the Church's repository of ways to know God. Most Westerners with a Christian background will be at least vaguely aware of the type of thing which I have described. Yet they eschew it in favour of the spiritual athleticism of the Eastern spiritualities, or its faddish diet-like equivalents. I would hazard that this is because it is a dependent process, it is a violation of the individualistic autonomy which is the prize possession of the modern Westerner. We must accept that we are wholly reliant on the initiative of God to make real progress. The Little Way of St Therese, where we make ourselves very small so that Jesus can easily pick us up and carry us up the stairs is an anathema to this mindset. Humility is one of the least popular of the virtues in our times. I think, incidentally, that this is peculiar to the Western approach to these traditions and that Asian understandings of their own faiths are much more open to being humble.

The second analogue to satori is Union with God. This is the high point of Christian mysticism and represents the peak of the notion of divinisation, God became Man that Man might, by grace, become God. St Catherine of Genoa, quoted by Underhill, said  “My me is God, nor do I know my self-hood save in Him,” or as she said elsewhere.My being is God, not through participation, but through true transformation and through annihilation of my own being...So in God is my me, my I, my strength, my bliss, my desire. But this 'I' that I often call so - I do it because I cannot speak otherwise, but in truth I no longer know what the I is, or the Mine, or desire, or good, or bliss. The point being that the mystic is caught up into the mystery of God and the boundaries between self and God cease to exist. She has realised the oneness of creature with Creator, realisation meaning not an intellectual understanding but a whole person submerging in what is beyond all finite understanding. She may return to earth as it were but never after loses that consciousness which she has gained, provided only she remains humble and accepts as gift and not earned reward all that she has experienced.

These mystic peaks, however, only qualify to be called enlightenment in the sense that the knowledge of the fact that we really know nothing is the fullest enlightenment that we can have. The idea of Union transcends the notion of satori. It is an entering into the Divine life and it's entering into us. As conversion is relationship so Union is consummation. Technique plays a part in helping us reach this point but to be melted in the embrace of the beloved ultimately requires His initiative so humble love and hopeful patience are the greatest techniques we can deploy. And these are seldom highly desirable to the Western seeker.The Christian, however, might argue that with such a goal to aim for these virtues are a small price to pay.