Is Spirituality Superior to Religion 2? 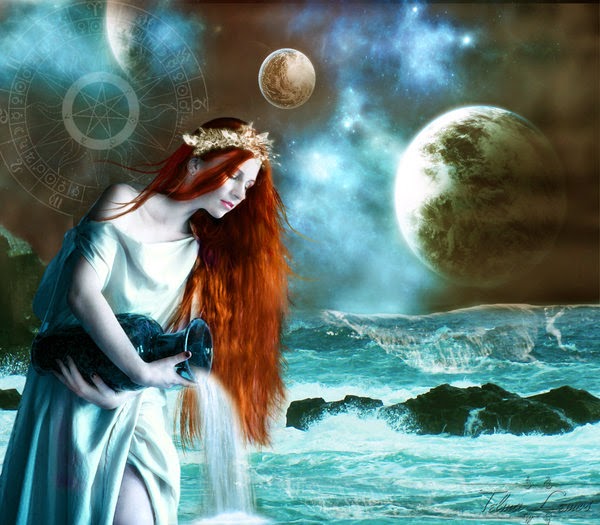 Everyone has the same spiritual access to God — or the Great Spirit, or the Goddess — regardless of education or background. It is a personal spiritual access from within the individual directly to the Supreme Being -
Stephen E. Schlarb


Philip ran to him, and heard him reading the prophet Isaiah, and said, “Do you understand what you are reading?”  And he said, “How can I, unless someone guides me?” And he asked Philip to come up and sit with him.
Acts of the Apostles 8:30-31

In Part One I looked at the shared understanding that both 'spiritual but not religious' and 'religious as well as spiritual' people have that there is an underlying transcendent reality to the cosmos we inhabit. In this Part I propose to look at the assumptions-
a) Religion is man-made and artificial but spirituality is an authentic personal response to the Divine, and
b) Religion is hopelessly bound up in rules and regulations but spirituality is free.
I am writing from the perspective of Christianity but, in fact, I think my arguments would have some traction with all the major religions.

An individual human is limited and finite; the reality which they seek to apprehend or intuit is infinite and eternal. This means that each person can only grasp a small portion of it on the basis of personal experience alone. If they are content with that small portion not only are they terminally incurious but they have just created their very own personal man or woman-made religion. When we set the limits to what is knowable or experienceable on the basis of ourselves alone then we are not really responding to the infinite we are imprisoning it within our own limitations. At the very least it seems reasonable to suggest that spiritual seekers should seek to benefit from the collective wisdom traditions of other spiritual seekers. These can point us towards ways of accessing the Divine that we would not necessarily have thought of ourselves. They can suggest dimensions to the transcendent which we never would have imagined left to our own devices. Authentic spirituality then ceases to be merely an individual experience and becomes part of a community spread over both space and time.

Religion can be considered from this perspective to be the communities that collect, preserve and transmit wisdom traditions. Without the existence of such more or less stable more or less durable organisations or belief systems much wisdom would be lost from one generation to the next. Religion, however, can claim to be more than that. Christianity, for example, posits a Divine Revelation. God by intervening in various ways in human history reveals more of Himself and more about Himself than we could possibly apprehend without such a revelation. Unaided wisdom can lift us to the upper reaches of our own abilities, Revealed truth can lift us into eternity both in this life and in the one to come. In the figure of Jesus, Son of God and Son of Mary, Christians see the fullest possible self-revelation of God. Religion based upon such a revelation is not a man-made one but a received one. We respond to what we have received and seek to form a relationship with the Divine One based upon it. Dogma and doctrine are not attempts to impose order on disorderly humans but are the formulae we use to summarise the truths we have received. Accepting these dogmatic definitions and using them as the basis from which we seek to understand and respond to the Divinity is not an inauthentic man-made response to a transcendent reality it is the fruit of the shared wisdom and understanding of generations of believers who have known God through Christ.

Of course the question naturally arises why accept one revelation rather than another? Why Jesus and not Krishna or why St Paul and not the prophet of Islam? In a world where people travelled little and knew of few religions it would be natural for them to accept lock stock and barrel the religion of one's country or region because they knew no other. For us in multi-cultural societies with easy access to all the wisdom and faith traditions of the world would it not be best to heed all wisdoms and act only on those which spoke most clearly to us? Well, yes and no. The idea that a personal spirituality is something that we acquire like we do an outfit, shoes from here, hat from there, handbag from somewhere else is rather repugnant to both good taste and good sense. Each religious tradition is a coherent whole. It has a consistent inner logic, one part fits with another. It is difficult if not impossible to appreciate that coherence and to benefit from the fruits of it from outside of the tradition. I was a Catholic for ten years or so before it all began to really make sense to me. If you try to match together disparate elements from different traditions it is not the best of all possible worlds that you will get because you will be reducing wisdom to your size not allowing your size to be expanded by wisdom. So much for the 'no', the 'yes' is simply this- to accept a religious revelation as authentic and to live your life by it is leap of faith and that faith can only be founded upon your personal experience of it.  I would urge people in the strongest possible terms to look towards Jesus and by prayer and hope and careful study of the Gospels to invite Him into your heart and life. That would give you the most authentic and most enduring of all spiritual lives. Other religions would no doubt offer similar invitations. The proof of religion is experimental which is a posh way of saying 'suck it and see.'

We come now to the idea that religions are bound by strict commands which usually begin with "thou shalt not" whereas spirituality is free from such restrictions and, therefore, less oppressive. It is certainly true that religions have rules and it is also true that within each tradition there are those for whom the rules are the religion. The textbook case of this. perhaps unfairly, are the Pharisees as depicted in the Gospels. In the history of Catholicism too there have been periods where outward observance has been seen as more important than the inner spiritual life. Providentially in such times God has raised up prophetic figures like St Catherine of Siena or St Francis of Assisi to guide it back into the path of authentic spirituality (something I looked at in my Girl Power blog.) Rules do serve a purpose other than social control however. The spiritual journey is about transformation. We are changed by it. Every gain involves a loss, we must shed, sometimes painfully shed, parts of ourselves which we are quite comfortable with. Our rough edges need to be smoothed our smoothness needs to be roughed. Most of all our ego needs to be irretrievably shattered a process beyond our own power to achieve. Rules against which we chafe, decisions which we can only accept in the first instance with faith hoping that reason will follow it in due course, these are the tools by which our square peg can be shaped to slot into the round hole. We should not fly from restrictions because they are difficult to adhere to and hard to understand, these are the very reasons that we should accept them when we know that generations before us have passed through the precise same crucible and so arrived at the point where they can say from experience 'the kingdom of God is within.'

It is false anyway to think that we are free if we are not bound by external forces. Our internal forces hold us fast in their grip. We are oppressed by our desires, our appetites our fears and inhibitions, our demons. Jesus put it like this Most assuredly, I say to you, whoever commits sin is a slave of sin. (John 8:34) It is all too often the case that when we wish to do something good or avoid doing something bad a force inside us overrides our good intentions and we find ourselves acting in ways that we ourselves think hateful. The choice before us is not freedom or slavery but involuntary slavery to our lower selves or voluntary obedience to the Divine One. And when each act is a free will offering to the Highest of the High, the Sweetest of the Sweet the Lord who has granted us our freedom to reject or accept Him then it is an escape from oppression not a retreat into it. When we can share in Mary's joyful exclamation Behold the maidservant of the Lord! Let it be to me according to your word. (Luke 1:38) then we will have entered into a loving relationship between ourselves and the Persons of the Blessed Trinity who form the one underlying truth to all that is. Then spirituality and religion lose their distinction because we have become absorbed into the life of God Himself.

It is in the nature of humans to be spiritual seekers, to recognise the God-shaped gap in their lives and look for ways to fill it. Many grasp at substitutes, the immediate sensual gratifications that the world offers so abundantly. Others seek more ethereal experiences but are resolved to be the master of my fate.. the captain of my soul (Invictus, William Ernest Henley.) Such a resolution, though, is a delusion. We are never the masters (or mistresses) of our fate, we cannot control illnesses, the death of loved ones, the collapse of the firm we work for, the bomb that explodes on our aeroplane. Neither can we captain a soul which we cannot even compel to stop eating chocolate when we want to lose weight. We are both less free and more free than we think we are. Less free because we carry a cross without realising it, more free because we can choose to carry it with the help of Christ when we do realise it. And with Him nothing is impossible.