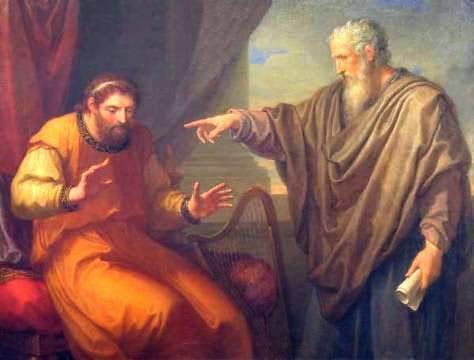 If only you would listen to his voice today,
do not be stubborn like your ancestors were at Meribah,
as on that day at Massah, in the wilderness,
where your ancestors tested me.
They tested me,
even though they had seen my awesome deeds.
Psalms 95:7-9


The dragon—the prince of the abyss—rises in arms against those who keep attention on their heart, as one whose ‘strength is in his loins, and his force is in the navel of his belly’. He sends the lust-loving giant of forgetfulness against them with his clouds of fiery arrows, stirs up lust in them like some turbulent sea, makes it foam and burn in them and causes their confusion by flooding them with torrents of insatiable passions.
St Gregory of Sinai,

When I exchange opinions, it cannot be called an intelligent debate, with some of the fashionably militant New Atheists I am often told 'of course you don't really believe this stuff.' What they mean, I suppose, is that I actually deep down accept the truth of their positivism and scientism but for some perverse reason of my own refuse to acknowledge that fact. Interestingly enough a common thread running through the Christian Scriptures is precisely the reverse proposition. The Israelites deep down know the truth about God but except for brief periods refuse to accept it; or at any rate accept it enough to base their entire life upon it.

In the Old Testament it is the book of Exodus where this phenomenon is most clearly manifested. The Children of Israel see the Red Sea parted, the manna falling from heaven, water springing from hard rocks and much, much more besides yet every new sign of God's power is followed by a new manifestation of distrust or disbelief in Him. So much so that of all the adults who left Egypt only two make it to the Promised Land all the others, even the great Moses, die in the wilderness because either they have rebelled outright or because their faith has wavered at times despite all the overwhelming mass of evidence in favour of trusting in the Lord. In the Gospels the pattern is repeated, from the outright oppositions of the pharisees and the high priestly party to the complete failure of even the Apostles to understand Him Jesus is ever cast as a figure always to some extent alone because no amount of evidence seems to convince anyone to cast themselves fully upon Him without the slightest reserve. Arguably the only recorded exceptions being Martha and Mary, sisters of Lazarus, who successively say Lord, if you had been here, my brother would not have died (John 11:21,32) and even more strikingly our Lady who simply said They have no wine (John 2:3)

The interesting psycho-spiritual question in all this is why would or why do people refuse to belief something which they know to be true? The most common reasons advanced in Scripture are that people 'harden their hearts' or that they are 'stiff-necked.' Although this seems like unpromising material to work with these analyses are more sophisticated than you might suppose. The heart is conceived of as the seat of emotion and feeling. To harden it is to shield it from an emotional appeal to which a person feels susceptible but to which they do not wish to yield. The stiff neck is a proud one that will not bend to the yoke, that is, one who desires only to go their own way regardless of any benefits that might accrue from going along a way chosen by another. Another fairly clear cut reason is illustrated by St John-
Some of them went to the Pharisees and told them what Jesus had done. So the chief priests and the Pharisees convened the Sanhedrin and said, “What are we going to do? This man is performing many signs. If we leave him alone, all will believe in him, and the Romans will come and take away both our land and our nation
(John 11:46-48)
The same event which prompted Martha and Mary to display unlimited trust in the power and love of Jesus led the Sanhedrin to draw the opposite conclusion. They perhaps recognised the extraordinary nature of one who could even raise the dead but they recognised still more the power of Rome and, like their ancestors of the Exodus, feared man more than they trusted God.

To have faith is to commit a bold action. This is not the same as to accept a philosophical notion. An idea may suggest to you that you should modify your life in this or that way so that you may live in a fashion consonant with your belief. But this is always negotiable; an idea is what you interpret it to be and, moreover, to serve the greater good you can fail to observe it yourself for the purpose of bringing about a change which will make it easier for others to observe it. Evil may sometimes be done that good can come from it. Faith is not of this nature. Its demands are absolute, it is non-negotiable and, as far as Christianity is concerned, it forbids doing evil under any circumstances whatsoever. So, people may refuse to accept a faith which their heart tells them is true or may be true because seeing the implications of it they are unwilling to surrender to them. St Augustine famously prayed Lord give me chastity and continence....but not yet. This is the kind of hesitancy which lies behind much heart hardening and neck stiffening.

It is perhaps obvious that those who greatly desire to commit great wickednesses will refuse faith but most people are not so far gone. The moral ambitions of unbelievers are not notably less altruistic or kind than those of believers. The crucial difference lies in the self image of of a person. The Christian aims to make their own the prayer of Jesus not my will but your will be done (Luke 22:42) the unbeliever aims to make their own will as perfect as they can. Or, to put it another way, in a discussion I once pointed out that the opening word of the Rule of Benedict is Listen to which the response of the antagonists of faith was that it should be Think. The core dispute between believers and unbelievers concealed under many forms is always about authority or autonomy. Do we accept our littleness and trust ourselves to One who can be trusted or do we consider ourselves to be captains of our own ship and masters of our own destiny even though, after all, we can never be confident that some shattering event wholly beyond our power will not change everything for us over the course of the next five minutes?

The Conversion of St Augustine by Fra Angelico

If the moral ambitions of unbelievers are on the whole on a par with those of Christians the same can also for the most part be said of moral outcomes. Which brings us to the lust loving giant of forgetfulness (at last! I hear you cry.) Here forgetfulness does not mean the same thing as forgetting. It is not a failure of memory but a casting of a veil over it. Sometimes when a person is about to commit a particularly gross sin they will turn a picture of Jesus to face the wall or put a statue of our Lady into a drawer. Forgetfulness is the psychological mechanism which does the same thing internally that the hiding away does externally. There is no illusion of righteousness, the sin is known to be a sin, but under the sting of temptation the door which leads our thoughts towards the helps promised by faith, through prayer, Scripture, the sacraments and the support of the believing community, is closed. We know that we can be helped to stop doing whatever it is that we are about to do yet we do not seek that help because we fear that it might be successful.

Instead of refusing to believe what they know to be true a Christian often enough will refuse to do what they know to be right. By holding to faith they can look forward to the luxury of repentance and reconciliation and by submitting to forgetfulness they can also enjoy the pleasure of present sin. At this point belief has indeed been reduced to a notional acceptance of an abstract idea, it has ceased to be a living force and become for the time being just a collection of dead words.

Refusing to believe and refusing to act are not two separate refusals proceeding from two different sources. They constitute a single act of the will, an assertion of the right to be autonomous. It is asserted that what we do with ourselves is our own concern and our own choice and this freedom is our highest good. Such is the modern Western credo. And it is false. In the face of demands upon us from external sources the highest good consists not in resisting them but in submitting to them provided we can do so without sin. The stability of society depends in no small part on spouses submitting to each others needs, parents submitting to their children's needs, children submitting to their parents. Societies which break that pattern via abortion, contraception, divorce and a cult of youth commit demographic suicide. And the family is but an imperfect model of the relationship which should subsist between believers and their God.

The demands of faith are not so great as some of the demands of the world. An athlete seeking Olympic gold, a supermodel seeking a perfect waif like figure, a businesswoman seeking her first million all make greater sacrifices than any that the Church would impose or counsel for Christians. Yet the unbeliever who baulks at offering so much as an hour a week to God will offer seventy times as much to greed, or ambition or sex. The difference being that one has the appearance of being internally generated and voluntary and the other of being external and compulsory. Ultimately the refusal of belief, or the refusal of believers to obey, comes not so much from a deeply thought through review of all the available arguments and evidences leading to an objective assessment calmly arrived at. No, it proceeds from a fear of submitting, that is, a hardening of the heart and a stiffening of the neck, a refusal to trust in the only One who can be trusted where we cannot trust even ourselves.

To return to my exchange of opinions with the atheists. If I thought that they were right then I would agree with them. Why wouldn't I? What thing that the world values would I lose by abandoning an unpopular and restrictive faith? On the other hand, if they, deep down, thought that I might be right how many causes they would have for refusing to believe. Which then, do you think, is the more likely: Christian apologists are secretly convinced of the truths of atheism or militant atheists greatly fear being persuaded of the truths of Christianity?


Read my Nativity fable Adoration of the Pangolins on Wattpad