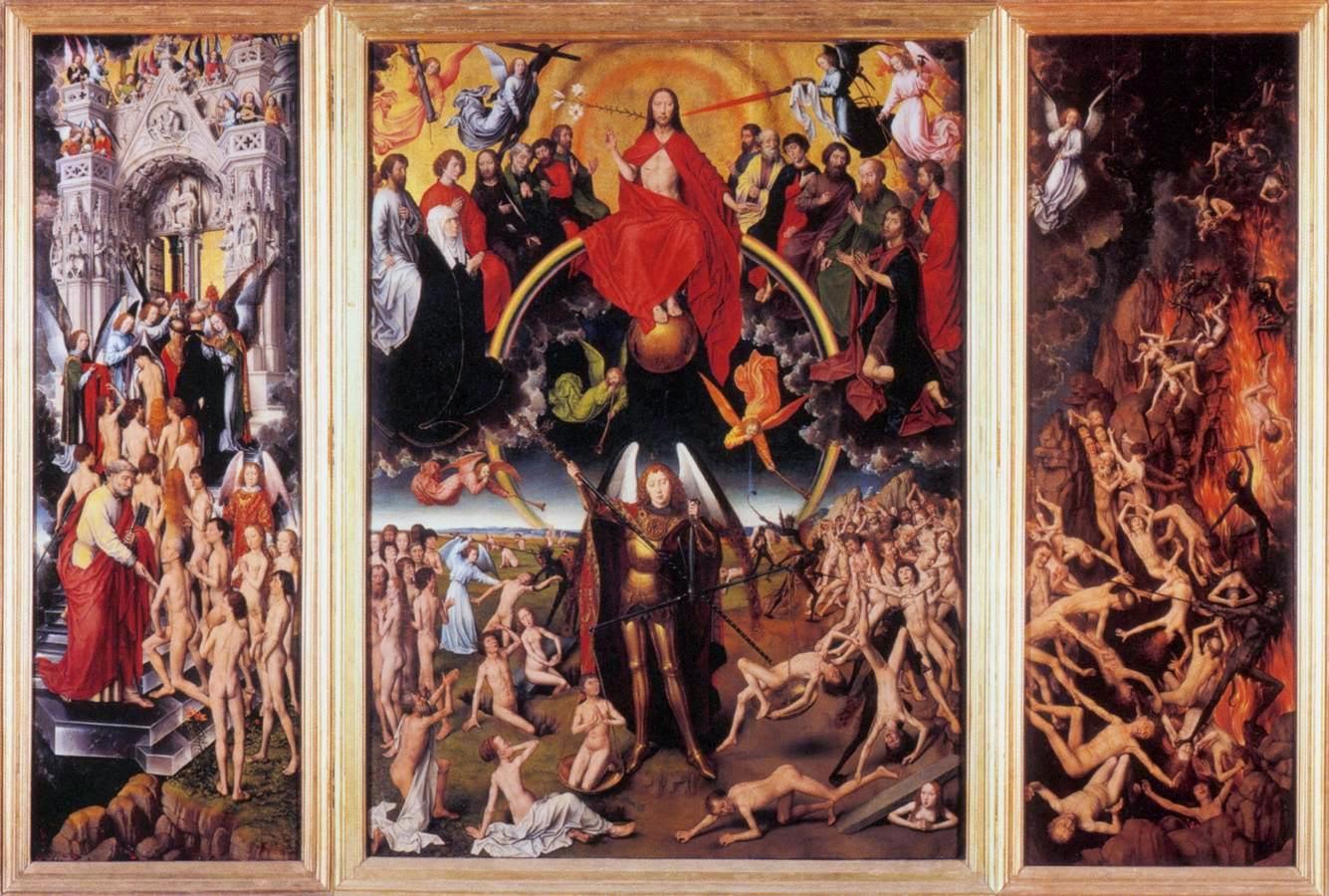 For the Lord himself will descend from heaven with a cry of command, with the voice of an archangel, and with the sound of the trumpet of God. And the dead in Christ will rise first.
1 Thessalonians 4:16

In the secular West there are a number of beliefs which are considered so ridiculous that no persons pretensions to intellectual respectability will be accepted if they admit to accepting those beliefs On religion the default position is agnosticism and, increasingly, atheism. A sort of bloodless Deism which asserts the existence of an abstract First Cause who by no chance intervenes in the universe which it has created is about borderline acceptable in a patronising sort of way. To assert the truth of things like Heaven, Hell, the Resurrection or the Second Coming of Christ and Final Judgement is to consign yourself to the realm of the witless, the uneducated or the credulous. Some Christians, ie liberal theologians, who desire both to be intellectually respectable and belong to the Church or one of the ecclesial communities of the Reformation will suggest that these things are merely symbolic or metaphorical or they will simply not mention them at all and hope that no one notices. The season of Advent presents a particular challenge for such people since the Parousia or Second Coming is one of the main focuses of the Churches liturgy at this time.

The feeling of all these, from atheists to liberals, seems to be that such beliefs were rational enough in more ignorant times but that now 'science' has conclusively disproved them. Of course, science has done no such thing, nor can it since they lie outside of the scientific domain. These beliefs are, however, incompatible, with an outlook called 'scientism' which suggests that everything is within the domain of science and that what cannot be proved by it or aspire to being proved by it cannot be true. The crux of the matter is what one believes about the nature of God. Where one takes as a starting point either that there is no God or that God does not intervene in the universe then it follows that none of these things can be true. If, on the other hand, one accepts the notion of an interventionist God then there is nothing intrinsically improbable about any of these things. They are not a necessary deduction which flows from such a belief, however, we can only know about them (or think we know about them) if one of the forms of intervention which our Deity initiates is a specific revelation of Himself and of His purposes. Science, as such, can neither prove nor disprove any of these postulates therefore scientism concludes that they must not be true but scientism cannot prove its own postulate that everything falls within the domain of science so its opinion is only an opinion and may well be a wrong opinion.

While it is not possible apart from revelation to say very much about how or why an interventionist God might intervene if we once accept in full any single part of that revelation then it becomes possible to infer much of the rest. With the doctrine of the Incarnation this is certainly so. The two central features of this doctrine appear to me to be-
1) Jesus is fully divine and fully human.
2) The life and mission of our Lord necessarily took place in the context of the Jewish people and their covenant relationship with God.
Knowing this we can go on to deduce the universal reality of sin, the necessity of redemption and the final, complete and irrevocable victory over sin and its consequences effected by Jesus. We can also deduce that from a human point of view this remains 'work in progress' since sin continues to hold dominion to a greater or lesser extent within each human heart and the world as a whole. Since this is so it follows that to complete what might be called the visible part of His mission Jesus shall return and put all things to rights. Therefore it is purely irrational to celebrate the birth of Jesus at Christmas but to deny, downplay or ignore the Parousia unless you deny the doctrine of Incarnation and suppose that our Lord was simply a wise Rabbi. Christianity is a coherent structure you can reject it in total or accept it in total but you cannot accept it merely in part unless you wilfully ignore the intellectual and philosophical inconsistencies which flow from such a position.

So, Advent is a time of preparation for the threefold coming of our Lord: past, present and future. We commemorate his historic entry into the world at Christmas, (although strictly speaking His Incarnation was effected at the Annunciation, human life begins at conception) we strive to welcome Him into our hearts at this moment in time and we look to His return and the creation of a new heaven and a new earth. Very often the two things, Parousia and Last Judgement, are considered as one. However we can separate them out to an extent. In this life Christians encounter Jesus under more or less veiled forms, in the Gospels, in the Sacraments, in our neighbours, present but hidden in the life of the Church, in our prayers, in our hearts and so on. One day we shall encounter Him as He is, human and divine, and we shall do so face to face. This will not be a different Jesus from the Son of Mary, from the teacher who walks through the pages of the Gospel, from the One we encounter in the Eucharist. He is the same yesterday, today and forever. The most important question when that encounter takes place is not 'will I be punished?' or 'will I be rewarded?' It is 'will my heart leap for joy, will my love for Him burst forth from me?' If you love Him with a perfect love then you will be content whatever His judgement on you might be. The purpose of Advent, the purpose of the Christian life is simply to prepare for that encounter so that we will say 'I love you Not my will but your will be done'

Read my Christmas fable Adoration of the Pangolins on Wattpad