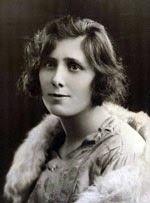 When the centurion heard about Jesus, he sent to him elders of the Jews, asking him to come and heal his servant
Luke 7:3

Enemies of Catholicism suppose (or affect to suppose) that Catholics pray to Saints instead of praying to God. Those who are merely uninformed think that Catholics pray to Saints as well as praying to God. So what is the situation? The idea, briefly, is that Christians on earth ask Christians in heaven to join with them in praying for this or that petition. The two challenges to that proposition which I have encountered most frequently are-

As far as the first point goes there are several possible answers. One Christian asking another Christian to pray for them has been standard practice since New Testament times. The Apostle St Paul wrote You also must help us by prayer (2 Corinthians 1:11) We know that the Apostle prayed directly to Jesus so clearly he did not see intercession by others as detracting from that but rather strengthening it. As he put it to the Philippians  for I know that through your prayers and the help of the Spirit of Jesus Christ this will turn out for my deliverance (Philippians 1:19) Why this kind of intercession might be helpful is something that St James addresses The effective prayer of a righteous person has great power (James 5:16) Which, by the way, raises the suggestion that in the eyes of God some people appear more righteous than others something which more hardline Protestants would deny absolutely. But I digress, the point is that asking others to pray for you is not a sign of your lack of faith in Jesus it is a frank recognition of your own failings. Because I suspect most of us reading this and myself writing it are very far from being righteous it is more than helpful to us to invoke the aid of those whom we know or suspect of being nearer to virtue than we ourselves are.

Does it somehow offend Jesus if we thus ask others to present our petitions to Him? The episode of the Centurion's Servant (or slave) in Luke (Chapter 7:1-10) indicates that far from being offended He is absolutely delighted. The story is that a Centurion has a servant (or slave) whom he loves and who is gravely ill. It is worth noting that as a Roman the Centurion is not only not Jewish but is actively involved in perpetuating the hated occupation of Palestine by a foreign power. So he sends Jewish leaders to Jesus to act as his advocates. They commend his petition for these reasons He is worthy to have you do this for him,  for he loves our nation, and he is the one who built us our synagogue  (vv4-5) That is both his charity and his works are presented to Jesus as being sufficiently meritorious to earn our Lord's goodwill. The argument seems persuasive enough insofar as our Lord and his entourage then set off to the Centurion's house. However the Roman then sends out a further bunch of advocates, his friends, who say to Jesus Lord, do not trouble yourself, for I am not worthy to have you come under my roof. (v6) And he makes the point that our Lord can simply command that the servant (or slave) be healed and that would suffice to make it happen, which of course it did. Did Jesus get het up because the Centurion chose to appeal to Him in this fashion? What He said was turning to the crowd that followed him,[He] said, “I tell you, not even in Israel have I found such faith.” (v9)

I think that much of the confusion surrounding this issue stems from a misunderstanding that equates the role of mediator with that of advocate. Jesus is the sole mediator between Man and God in the sense that all reconciliation proceeds through Him and only through Him. Yet although this reconciliation is freely available to all not all will finally avail themselves of it. Some are estranged from God through lack of explicit or implicit faith in the Saviour. Others are estranged through sin which presents a barrier to grace though they may formally acknowledge the importance of Christ. Seeking to overcome these barriers through the assistance provided by the prayers of those who are in a state of grace is not replacing the mediatorship of Christ with that of the Saints it is a seeking by those with an imperfect faith to enter fully into the inheritance promised to those with perfect faith. That is, they certainly place their hopes in Christ, which is wise, but not in their own merits, which is also wise, thus they ask those whose merits are known to Christ to add to the sum of their own prayers and as it were tip the balance from justice to mercy a kind of accountancy that Jesus always smiles upon.

It is perhaps worth mentioning that the equivalent episode in the Gospel According to St Matthew (8:5-13) presents the story as if the Centurion and our Lord had actually met and engaged in a dialogue. I think that this can be explained by the different purposes underlying each Evangelists narrative. St Matthew was writing in the first instance for a primarily Jewish audience, his priorities were to emphasise that Jesus was a fulfilment of Old Testament prophecies and that these transformed the religious mission of the Jews from a national project to an international one with the renewed Israel becoming a beacon to the world-
“It is too light a thing that you should be my servant    to raise up the tribes of Jacob    and to bring back the preserved of Israel;I will make you as a light for the nations,    that my salvation may reach to the end of the earth.”
(Isaiah 49:6)
St Matthew then, as it were, bigs up the encounter between the heir of King David and the gentile in order to emphatically put Jesus' imprimatur on the mission to the gentiles which is why he includes this passage which is absent from St Luke's account
" I tell you, many will come from east and west and recline at table with Abraham, Isaac, and Jacob in the kingdom of heaven, while the sons of the kingdom will be thrown into the outer darkness. In that place there will be weeping and gnashing of teeth.”
(vv11-12)

St Luke had different purposes and his account of our Lord's mission is often called "the Gospel of Prayer" (don't believe me? Google it.) Therefore he describes the episode with the Centurion in the way that he does precisely because it bigs up the prayer aspect, that is to say, the intercessory prayer aspect. One can easily reconcile the two accounts by considering that the words spoken by the advocates really were the words first spoken by the Centurion which is precisely what you would expect when Saints intercede for you with the addition, as St Luke notes, of extra material highlighting whatever merits you may possess. 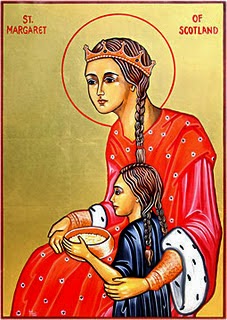 Granting that asking people to pray for you is not displaying a lack of faith in Christ but is actually being obedient to the plain sense of the Scriptures people still doubt whether it is legitimate to add Christians in heaven to our list of people that we ask. The question is do they hear our prayers. One school of thought is that when people die they enter into a 'soul sleep' which is to say that they literally snooze their way from death to the final judgement without any sort of awareness of their surroundings. The basis for this idea is the frequent references to people who die 'falling asleep.' But this, I think, only refers to the physical half of the equation, a dead person resembles a sleeping person when we look at them. There are, by contrast, numerous scriptural references to post-mortality people being very much alive to the eyes of God. Here are some-
So granting that intercessory prayer is scriptural and A Good Thing and granting that Christians after death are spiritually alive to God and aware what warrant do we have for assuming that they can hear our requests? Sacred Scripture offers no explicit guidance on this subject, asking Saints to add their prayers to ours is certainly not contrary to Scripture but neither is it affirmed by it. What we can say is that it is an ancient practice of the Church. It began with invoking the aid of martyrs whom the faithful have excellent grounds for believing to be in heaven. Protestant critics of Catholicism offer various competing dates for the time when the Church supposedly fell into apostasy. What we can say about praying to Saints is that it predates all of them. The Church which defined the Nicene Creed was a Church that prayed to Saints. Therefore anyone who accepts the one has no logical grounds not to accept the other and practically every Christian denomination does accept the Creed. It cannot surely be the case that the Holy Spirit guided the Church to be so profoundly right in these central matters of the faith but was entirely laissez faire about the prayer life of Christians. The practice then is not contrary to Scripture and is entirely consonant with the beliefs and practices of the Church from practically the get go. Individual Christians may not feel the need to invoke Saints, thats up to them, but they have no grounds to criticise others for doing so nor to suggest that it is somehow non-Christian or displaying a lack of faith in Christ our Lord and Saviour.

Finally, as with faith itself, the greatest proof is experimental. If you ask the Saints to join their prayers to yours then you will yourself discover the wonderful benefits which flow from the practice. Above all invoke the aid of Mary, Mother of Jesus, Mother of Christians, Mother of the Church and you will find that where, perhaps, grace once abounded now it will abound all the more. Going to Jesus through Mary shows no lack of faith in Jesus but at once is an affirmation of your own littleness and of that indescribably huge reservoir of love that flows between Jesus and His mother. There is nothing that He will refuse her and there is nothing containing virtue, charity or hope that she is not bold enough to ask from Him.