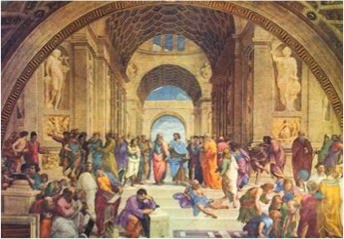 I have started a new blog on WordPress, Thoughtfully Detached, The aim of this at least to start with is to look at some of the stuff that happens in the world from the standpoint of morality and ethics. My starting point, of course, is Catholic values but it is not intended to be an overtly religious or spiritual blog. When arguing in the public sphere at a time when much of the public is non-Christian or anti-Christian I think that it is important to set out Catholic philosophical positions in a way that can command maximum support and so effect change for the better in the world. I will not conceal my Catholicism or decline to discuss religious or spiritual matters as they arise but the primary purpose of the blog will be to make plain that an alternative perspective to the normal Conservative/Liberal dichotomy exists and does make sense. My first substantive post, Is Democracy A Good Thing?, is an indication of the sort of thing I have in mind.

I don't intend to abandon this blog. Illness has prevented me from posting anything here for a while but hopefully I will revive enough to resume posting here soon. The reason why I've started the new blog before resuming this one is that here in the UK we are going through a General Election process and it seems timely enough to begin a more political series of posts. Anyone who likes Catholic Scot will be more than welcome at Thoughtfully Detached but if it doesn't interest you please be patient and by the grace of God normal service will resume here shortly.