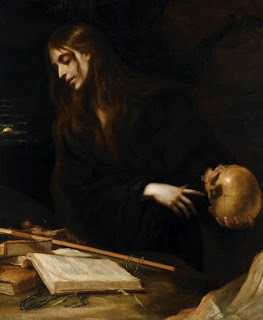 In religion as in politics very often the one thing which makes you most popular also makes you most unpopular. Putting forward a demand or a slogan mobilises both support and opposition and, usually, the more extreme the demand the more extreme the response. A central plank in the programme proposed by Jesus was repentance; words change their meaning over time and for us that word calls up the idea 'feeling sorry for being naughty.' What it meant at the time was something like 'turn your entire life upside down.' Or, more theologically, “If anyone wishes to come after me, he must deny himself and take up his cross daily" (Luke 9:23) This won for Him, as it did for His forerunner St John the Baptist, an enthusiastic hearing among those who felt the need to change their lives. It also earned Him the enmity of those who were convinced that they were doing just the right thing already and didn't need to be rebuked by an upstart carpenter's son from an insignificant little town in a despised region.

Is the demand a sensible one? Did they need to revolutionise their lives, do we? Will we gain more than we lose if we do? The Christian proposition is that without repentance we will necessarily be, at our deepest level, unhappy and unsettled. With repentance united to faith in Christ we may experience deep sadnesses, traumas and sufferings but in the most interior level of ourselves we will be at rest. Against this is the idea that life is inevitably a blend of light and shade and that we should enjoy the light when we have it and endure the shade when we must and that anyway most of our lives, whatever we do, will be spent in a neutral zone between the two things. To abandon the living of normal life in pursuit of the chimera of happiness proposed by Christianity is a tremendous gamble undertaken on very slight evidence.

There are two arguments which, I think, bolster the Christian proposition. They are of course desperately unfashionable but for nonetheless well worth considering. Firstly, each human person is possessed of a conscience. This is not something which is purely a product of education and culture nor of unaided reason though each of these things play a part in its formation and outworkings. Conscience, like the heart and lungs, is something which we are born with and which develops and grows over time. That growth can be organic, natural and healthy or diseased and corrupted but it can only work with and upon the material originally present.

A life lived in harmony with the conscience is, in essence, a happy life. Whatever tragedies or disasters may overcome the person with a clear conscience they have at least an awareness that these experiences constitute trials not punishments. They have no fear of a just condemnation. Where one ignores, overrides or casuistically misrepresents ones own conscience then life will be, in essence, unhappy however many triumphs or riches one may gain. As the psalmist put it  'They have not called upon God: there have they trembled for fear, where there was no fear.'(Psalm 52:6 Vulgate) That is, where one is at war with ones conscience that war is uninterrupted, sometimes open, sometimes hidden (to paraphrase Karl Marx) and there is no rest. The promise of Jesus ' Come to me, all who labour and are heavy laden, and I will give you rest." (Matthew 11:28) is only open to those who recognise that they are burdening themselves with unnecessary strife and see in repentance and in the Christ the way to unburden themselves.

The second argument is that we are creatures of eternity as well as of time. Eternal life is not something that begins when we shuffle of this mortal coil, 'pie in the sky when you die,' This moment is a part of eternity and if you live in this moment then you are touching the eternal whether you know it or not. We are so immersed in the temporal order that our awareness of eternity is usually covered over by layers of distraction, often made by our own desires and carnal appetites. Now and again though, by the grace of God, we have flashes of insight, apprehensions of the transcendent when, lifted out of ourselves, we perceive the divine infinite order without and within ourselves. Such achingly beautiful moments serve both to show us that we are exiles from that realm and give us hope that we may come to dwell more fully within it.

Taken together the testimony of conscience and the glimpses of eternity give us an impetus to repentance. It is only by effecting a turning upside down of our present lives that we can gain the gifts of a clear conscience and of being ever more closely attuned to that eternal life which is our natural home. The conviction that we need to change is a necessary beginning but it does not of itself tell us how we should change. For that you will need to read my blog Jesus-Why Bother?
@stevhep

The painting is The Penitent Magdalene by Mateo Cerezo