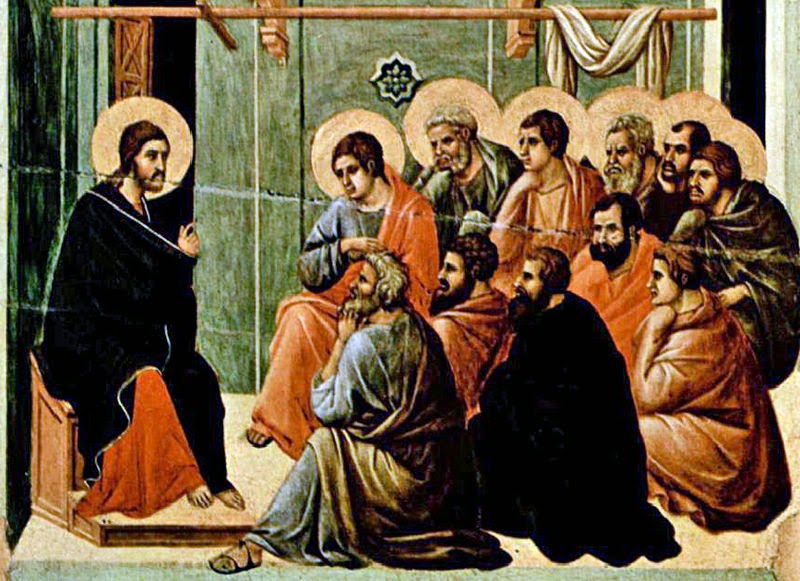 And this is eternal life, that they may know you, the only true God, and Jesus Christ whom you have sent
John 17:3

Ruth said, “Entreat me not to leave you or to return from following you; for where you go I will go, and where you lodge I will lodge; your people shall be my people, and your God my God; where you die I will die, and there will I be buried. May the Lord do so to me and more also if even death parts me from you.”
Ruth 1:16-17


There are degrees of knowledge, particularly knowledge of persons. The longer we know them and the more intimately then the better we know them. In a life beyond the veil of death when we shall encounter Divinity face to face then, certainly we shall know Him far better than we can today. Nonetheless eternity starts now, that is, eternity enters into us and we into it to precisely the extent that we know God. Every moment where we meet Jesus, in the Gospels, in the sacraments, in prayer, in our neighbours is an occasion where time expands into timelessness. There can be no doubt that the human who entered most fully into this intense relationship with the Father, through the Son in the power of the Holy Spirit was Mary His mother. In the Old Testament Book of Ruth we can see a type or figure of this relationship.

Ruth is one of these Very Small Books of the Bible that I referred to in my blog Sense & Sensuality. It is a curious work to be incorporated into the Jewish scriptures and there is no obvious reason to account for its presence. It is a lovely story certainly but the Jews had many lovely stories that didn't make the canonical cut. In the context of Jewish historical narrative it does tell us who King David's great-grandmother was but since, as it turns out, she was not only not a Hebrew but, worse than that, she came from their hated neighbours the Moabites, against marrying whom there were strict regulations in much of Old Testament times, you might think that the Jews would be inclined to downplay this fact rather than canonise it. The author of Ruth and the compilers of the canon probably saw in the story not simply an historical account but one which was also profoundly symbolic.

The pivot around which the action revolves is the steadfast love of Ruth, a widow, for Naomi her Israelite mother-in-law who is also a widow and, worse still, has been bereaved of her sons. Ruth follows the advice of the psalmist
Listen, my daughter, and understand;
pay me careful heed.
Forget your people and your father’s house
Psalm 45:11
She accompanies Naomi who returns to Bethlehem in Israel, in doing so Ruth has to leave behind her own nation and national religion to go to a strange land made up of her hereditary enemies. Her sole reason for doing this is the love she bears for Naomi who, old, widowed and bereaved will need the support of her daughter in law to be able to live. In these two figures we can see Naomi/Israel acting as a light of attraction to Ruth/Gentiles, that is, that the foundation for drawing Ruth into a knowledge and love of God was the power of the way Naomi lived her life as wife, mother, mother-in-law and worshipper of the Lord God of Israel and by extension if all Israel became a nation of Naomi's then the Gentiles could become a world of Ruth's. In Bethlehem the two live humbly and in poverty. The love that Ruth has shown to her mother-in-law wins her the sympathy of Boaz, a local landowner, who allows the Moabite woman to glean from his fields what the harvesters leave behind. And, to make a short story shorter, Boaz marries Ruth who has a son, Obed, whom Naomi raises. 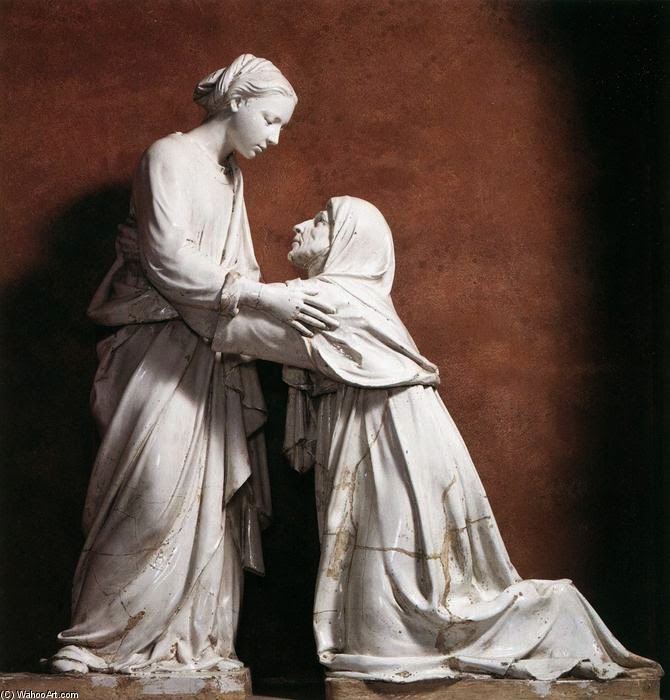 So what has this got to do with our Lady and experiencing eternity in the present moment? In the Angelic Salutation St Gabriel said to Mary The Lord is with you but he might equally have said you are with the Lord since he was talking about the close relationship which existed between the Virgin and God. Mary conceived Jesus in her heart before she did so in her womb and one could go further and suggest that before she conceived Him she knew Him. During His mission our Lord stated 'The Father and I are one' (John 10:30) and since Mary from childhood intimately knew the Father it follows that she must have known also the Son. In the relationship between Ruth and Naomi we can see a figure of that between our Lady and the religion of Israel. Ruth clung closely to her out of a selfless love, a love which both eliminated her concern for merely material things, she left behind all that she knew or could have hoped to have in order to follow her mother-in-law, and expressed itself in purely practical ways, she gleaned barley to help feed Naomi. That is, a union was effected between eternal imperishable love and the temporal need of the present moment.

We see in figure too our Lady committing herself to virginity. In seeking to persuade her daughters-in-law to stay in Moab Naomi says 'Go back, my daughters. Why come with me? Have I other sons in my womb who could become your husbands?' (Ruth 1:11) Orpah, Ruth's sister-in-law does go back but Ruth persists thus, so far as she knew, abandoning her chance to become a mother in order to serve Naomi as Mary would later, so far as she knew, abandon her chance of becoming a mother in order to serve the God of Israel with all her mind, strength, spirit and body. By wholly committing everything about herself to the Lord our Lady lived and moved and had her being in the Eternal One while she yet fulfilled her temporal duties.

For Ruth as for Mary events took a surprising turn. When she learns that Boaz has the right to marry her she says to him 'Spread the wing of your cloak over your servant, for you are a redeemer (Ruth 3:9) To which he replies 'May the Lord bless you, my daughter! You have been even more loyal now than before.' (Ruth 3:10) The relationship with Naomi opens up the possibility of a further and deeper relationship with Boaz who has the power to redeem Ruth from poverty and childlessness. Even so Mary's devotion to the religion and God of Israel draws her into a relationship with the Son of the Father.

When Naomi receives her grandson the women of Bethlehem say to her 'his mother is the daughter-in-law who loves you. She is worth more to you than seven sons!' (Ruth 4:15) Here we see a figure of the relationship between Mary and Israel. Through her child (which is also a descendant of Ruth) she brings redemption but also, and crucially, she is valued for herself, for the love and self-sacrifice she brings to all her relationships. All that she does is fruitful and is made tenfold more fruitful through the fruit of her womb Jesus.

In all of Mary's life we see an interweaving of the things of time, her practical works of virtue and love, and the things of eternity. These are not parallel experiences but through her Son and her knowledge of Him, beginning before she conceived Him, they are an invasion of eternity into time and an uplifting of time into eternity. The story of Ruth lays before us a clear example of how this kind of life is to be lived. It is for us, through the grace of God, to follow in the path blazed by these holy women.