On the Feast of Stephen 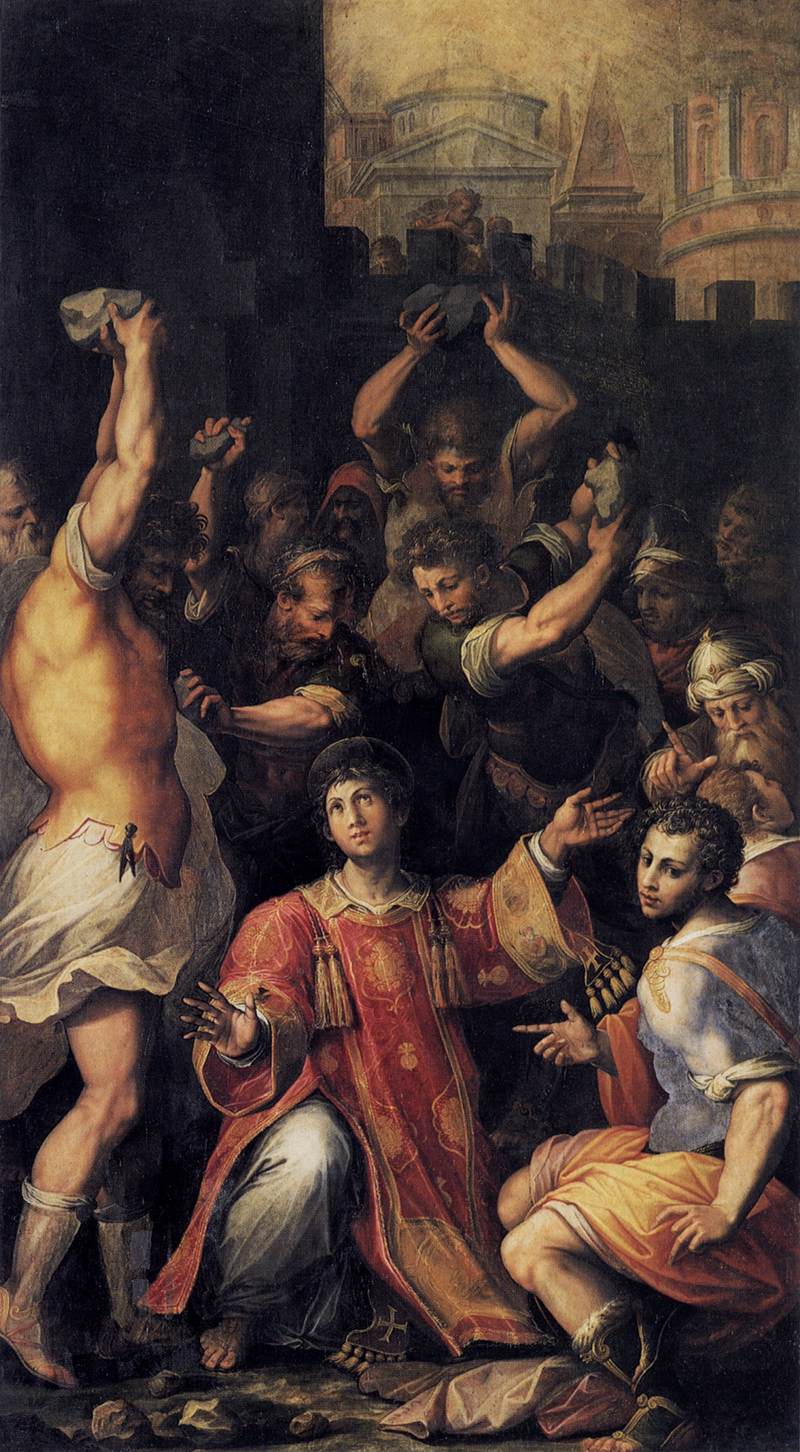 The birthday of the Christ child was an event of joy for each person involved in it, as it has been for Christians ever since. Yet it was a joy hedged about with anxieties. The Magi may have had to resort to people smugglers to escape from Palestine. The Holy Family were forced to seek asylum in Egypt. The infants of Bethlehem were massacred by the security services of a paranoid Middle-Eastern despot. It is no accident, then, that Holy Church has twinned the celebration of Christmas on the 25th with that of the first Christian martyr, St Stephen, on the 26th of December.


You do not have to be religious, of course, to appreciate the fragility of human happiness. In these days we are remembering the centenary of the First World War. There were many thousands of births in Cowley or Cologne, Dublin or Delhi, where unfeigned rejoicing was tempered by fear that the fathers of the babies would never live to see them. Weddings too were celebrated in the shadow of barbed wire and poison gas.


We are powerfully tempted to use magic to banish painful memories and anticipations from our thoughts. Not just the magic of spells and charms but that of money or power or alcohol or chocolate. Anything indeed that can keep an illusion of permanent happiness present within us. Since we know deep down, however, that none of this magic really works we are forever engaged in a restless search for new charms or more supercharged versions of current ones.


The genius of Christianity is not that it enables us to escape suffering (which is the false promise of magic) but that it brings hope into the midst of even the worst of our torments. St Stephen on trial for his life was transfigured not by fear but by the Holy Spirit “All those who sat in the Sanhedrin looked intently at him and saw that his face was like the face of an angel.” (Acts 6:15) As he met his violent death he could say “Behold, I see the heavens opened and the Son of Man standing at the right hand of God.” (Acts 7:56)


This is not a compulsory and artificial cheerfulness, many Christians suffer from the effects of depression or anxiety. It is not the least of the fruits of the Incarnation that God Himself is our companion both in our times of greatest rejoicing and those of our greatest suffering because they are no more alien to Him than they are to us. The gift of a living faith is that we possess the knowledge that we are never alone (except when we sin.) That knowledge born into the world on the first Christmas morning accompanied St Stephen as the murderous fury of a mob vented itself upon Him.


The martyred Saint, like the child born on Christmas day, was an innocent victim of unjust persecution. Being a Christian in the world can bring down more suffering upon us than if we were not Christians. In many places today this is suffering of a kind which Jesus and St Stephen could readily recognise. In the West such persecution is, for the time being at least, not experienced and there is little more than ridicule, insult and exclusion to fear. Even so why should we take this extra cross upon ourselves? Pope St John Paul II once said “Christianity is not an opinion nor does it consist of empty words. Christianity is Christ!” (World Youth Day 2003.) We have no reason to celebrate the coming of the Christ child into the world if we do not also welcome Him into our hearts. His presence there is that knowledge which enables us to more than endure the sufferings we cannot escape. It is also the sign of contradiction which challenges not only our own faith in magic but that of others. We cannot escape our own illusions without also offending those who cling to theirs. The boy born that first Christmas would one day say “If the world hates you, realize that it hated me first.” (John 15:18)


If, however, you do bear Christ within you then you carry a love that cries out to be shared. You can share it by your words and by your actions and these can persuade friends. To persuade enemies you need something stronger yet. The Church Father Tertullian said  "the blood of martyrs is the seed of the Church." Living in a country where you are not likely to die for your faith does not deny you the opportunity to make the same witness. In 1914 and 1915, no doubt, there were many people who joined the armed forces because they feared the shame of being called a coward more than they feared the trenches of Flanders or the cold waters of the Atlantic. In a sense conscientious objectors showed at least as much courage by standing against the mentality of the day as those who signed up for fear of ridicule (which is not to denigrate the courage of the many who joined up fully conscious of the risks.) For us the challenge is to say ‘Yes, we really do believe “all that stuff” however absurd it makes us appear to you and that is why we are willing to welcome refugees, to visit prisoners, to speak kindly of enemies, to reject the magic of power and money.’ And that is why, like St Stephen, we too can hope to see the heavens opened and the Son of Man standing at the right hand of God.
@stevhep


(the painting is the Martyrdom of St Stephen by Vasari)