Is Spirituality Superior to Religion? 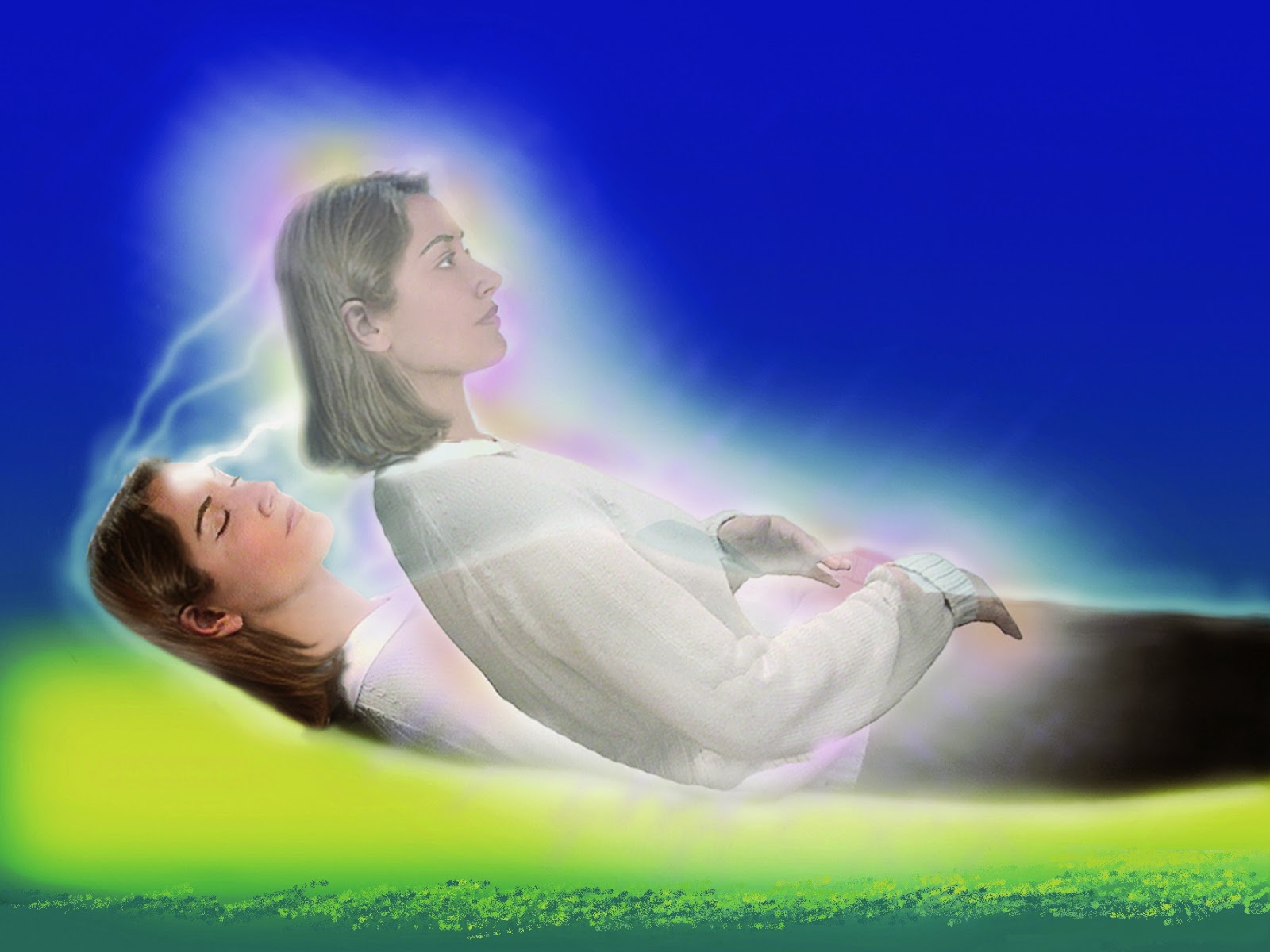 All the great Founders of religions have been possessed of clairvoyant sight. They are the spiritual Guides of mankind, and their precepts are precepts of the moral life based on astral and spiritual truths. This explains the similarities in all the religions
Rudolf Steiner- The Astral World

There are significant numbers of people who are happy to make the statement 'I'm spiritual but I'm not religious.' What they intend to convey by this is that spirituality is A Good Thing and religion is A Bad Thing or at least a deeply flawed one. This attitude rests, I think, on two pairs of assumptions. Firstly religion is an artificial man-made (with special emphasis on 'man') phenomenon whereas spirituality is an authentic, honest and individual response to and search for transcendent reality. Secondly religion is bound up with all sorts of rules and regulations which are at best irrelevant and at worst oppressive whereas spirituality is free from such restrictions and allows a spiritual seeker to follow where the spirit leads them without being chained by lists which begin with 'thou shalt not.' I would argue that each of these assumptions, at least so far as they compare and contrast with the Christian faith, is comprehensively wrong but that they all flow from an initial insight which is profoundly true. The insight in question is that there is an underlying spiritual source to all life and to the cosmos, this source can be encountered and responded to by each person and from that encounter strength can be gained and personal growth can ensue. I propose to say something about this truth and then proceed from there to demonstrate the weakness of the spiritual-but-not-religious response to it.

'There is nothing new under the sun' wrote the author of the biblical book of Ecclesiastes (1:9) and certainly those people who think they are being frightfully modern in adopting this kind of approach are mistaken. In the 20th Century, to go no further back, figures like Rudolf Steiner, Teilhard de Chardin, Paul Brunton and Abdu'l Baha advanced just such ideas. Most of the readers of this blog I would hazard have never heard of these once prominent figures; one of the weaknesses of the individual approach to spirituality is that it has no mechanism to transmit wisdom from one epoch to the next so that each generation not only has to reinvent the wheel but may find itself labouring to overcome the difficulties of having a square wheel since no one is around to point out the benefits of roundness. Be that as it may, what usually followed from the affirmation by such people that all truth was essentially one was the further assertion that they personally had synthesised all of that into a new form which was offered as being absolutely the best way to process this truth and integrate it into a persons life. That is, as soon as any attempt is made to summarise what the transcendent reality actually is and how we should approach it effectively a new religion is created. The only way to avoid this happening would be to refuse to use one's intellect when describing transcendence or seeking to understand it.

Perhaps the most successful attempt to evade this danger is to be found in The Perennial Philosophy by Aldous Huxley (mostly famous for his novel Brave New World and for dying on the same day as President John F. Kennedy.) In this work he posited that there was an underlying Ground of Being where the multiplicity of many things became One, everything came from the One and to the One would return. More significantly, perhaps, he sought to demonstrate that all of the worlds major religions and most of the minor ones, intuited this truth and traces of it could be found in writing from each of these traditions. In large part the book consists of a series of quotes from Christians (Catholic and Protestant), Buddhists, Hindus, Muslims and others each essentially saying, or appearing to say, the same thing about a range of topics like suffering, faith and the self. The strength of this approach is that it does seem to demonstrate that the transcendent reality being described by, say, a medieval Christian is the same thing as that which a Mahayana Buddhist some thousands of miles away in distance, hundreds of years apart in time and with a completely different intellectual framework is describing. There are problems with this approach however. What Huxley is describing is the highest common denominator and the common in question is not the average believer in any tradition but only a highly mystically oriented subset of believers. In order to allow for the possibility of each person coming to encounter and know the truth about the Ground of Being Huxley had to accept a theory of reincarnation but introducing this as a necessary component of the Perennial Philosophy had the automatic effect of excluding most of those religions which he had been insisting were, in their higher manifestations, actually part of it.

What is interesting for our purposes is that while Huxley asserts that which is true, that there is only one underlying reality, and that which is probably true, that each significant religion apprehends that reality to a greater or lesser extent, what he does not do is suggest that individuals can attain a sustained perception of that reality as individual spiritual seekers apart from the religious traditions. Quite early on he notes it is a fact, confirmed and reconfirmed during two or three thousand years of religious history, that the ultimate Reality is not clearly and immediately apprehended, except by those who have made themselves loving, pure in heart and poor in spirit, essentially what he argues is that one cannot attain to the source of Self without minimising ones own personal self. The French philosopher Simone Weil put the idea in even starker terms talking about the de-creation of the self We possess nothing in the world—a mere chance can strip us of everything—except the power to say, “I.” That is what we have to give to God—in other words—to destroy. There is absolutely no other free act that is given us to accomplish—only the destruction of the “I. There is nothing within us that both belongs to us and is big enough to comprehend the Ground of Being, the Source, the Transcendent Reality, God, call it what you will. Only God can comprehend God and we can only participate in that comprehending if we eliminate those parts of ourself which we have created for ourselves precisely in order to keep God out and to give us the illusion that we are greater than we are.

It is probably true that those who are spiritual but not religious and those who are both religious and spiritual share a common belief in the existence of a real but veiled transcendent source of being. The fundamental fault line between them consists of radically different strategies about how to encounter, respond to and understand that reality. We cannot develop a strategy unless we know something about what it is we encounter and which part of ourselves it is that encounters it. Since all those involved are content to use the word spiritual to describe their activities it is agreed that the object encountered is itself Spirit that is it is not matter not is it a product of matter although matter may be a product of it. It gives life so it is itself Life. Personal and historical experience suggests that it is responsive to and creative of love which can be presumed to originate from it so it is itself Love. For us to fully encounter and understand as fully as possible Spirit, Life and Love we ourselves need to transform ourselves or be transformed into Spirit, Life and Love also. How is this possible? We need to consider our starting point. What are we like at the point at which we begin the encounter or the search? And our end point; what do we envisage ourselves being like at the point of most profound encounter or fulfillment? In order to get from where we are to where we want to be what to we have to do?

The choice we have to make at the start is between affirming what we already are and seeking more of the same or acknowledging our inadequacies and failures and seeking less of the same. Either we displace what is bad with what is good or we continually strengthen that which already is. The route which religion, prior to theological liberalism, has traditionally gone down is that outlined by Huxley and Weil, we need to de-create our ego-created selves in order to make space for God to fill us up so that we become a transmission station for love, life and spirit which can flow in and through us with as little impediment as possible. This approach can be dismissed by the spiritual-but-not-religious person as exaggerated self loathing or an  unhealthy obsession with sin. Any approach, however, which is not rooted in humility is rooted in pride. Self-affirmation is not a programme for growth, it is a statement of complacency and, moreover, it tends to shift the blame for frustrations and failures onto other people or adverse circumstances. Everything good is down to me, everything bad is down to someone or something outside of me. And so we have two radically different strategies. Which one is more likely to be right? Well, we are talking about relationship here, we are relating to the source of being and the source of being is relating to us, so we cannot develop a successful strategy without knowing something about the part of the relationship other than ourselves. In Part Two I will be looking at how we can know something about that part of the equation.