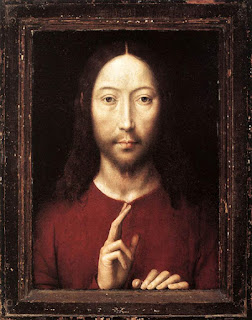 Awake, O sleeper,
and arise from the dead,
and Christ will give you light
(Ephesians 5:14)

Missionary religions have the task of persuading people to totally transform their lives. In pursuit of this objective there is a temptation to over-egg the pudding. The old life is painted in vivid language as being one of unrelieved misery totally immersed in wicked sin. By way of contrast the new life of the convert is portrayed in glowing terms full of happiness, joy and general goodness. Unless the person being evangelised is in a particularly vulnerable emotional state or has the wisdom to see a core truth concealed within the apparent hyperbole they will not be convinced. They will seldom think of their own lives in such bleak terms or of themselves as being such moral reprobates. If, moreover, they know many religious believers they will but rarely observe them to be significantly more happy or more virtuous than their unbelieving neighbours.

A fiery Christian preacher might argue that what they are saying constitutes an objective truth and that only a false consciousness (to borrow an expression from Marxism) prevents their unredeemed listeners from accepting it. This may be so but a personally experienced subjective reality has more power to convince than the truest of objective truths not directly felt. Most lives, I suspect are lived in a neutral zone, islands of misery or of happiness occasionally loom out of the fog and then are more or less swiftly left behind. In this context I think that the paired opposites offered by St Paul to the Ephesians constitute a more effective evangelical tool. They are also slightly surprising, wakefulness and sleep we might expect but death and light rather less so.

Within Buddhism and Vedanta Hinduism the notion that the unrealised or unenlightened person is inhabiting a word of illusion (Maya) out of which they can escape only when they grasp the essence of the Real is a commonplace. It cannot be understood in the same sense within Christianity because not only is the material universe real it has also in a sense become divinized through the Incarnation and will be a part of eternity in the physical resurrection of believers. We can however say that perceiving the material cosmos to be the only reality is an illusion and that a life premised on that perception has a dream like quality by comparison with one based on the dual truths of the physical and spiritual realms. Therefore the missionary should be nudging her audience to consider the question 'Is this it?' when they consider their personal lives and the collective life of the society and the world which they inhabit. This does not need them to presuppose their own misery and wickedness but simply to acknowledge the divine discontent which their hearts will, at least from time to time, experience when they live as if the answer to the question is 'Yes.' To begin, even if hesitantly, to answer 'No' and to live in accordance with that answer is to wake the spiritual self from that slumber into which materialism has put it.

The notion that we are dead though apparently alive is parallel to that of being asleep though apparently awake. Where 'Christ will give you light' differs from 'Awake' is that it introduces the idea of personal relationship. It is not simply that we realise a truth, spiritual life is a reality, but that we encounter that truth in the form of a person. The light is given to us personally by Him personally. Nor is it a simple transaction, it is a process, He does not give us a fixed amount of light and then go about His business. It is always in the future tense He 'will give' light. The more alive we become the more light He shall give us, the more light He gives us the more alive we shall become. So here the threefold task of the missionary is to relate the divine discontent of her listeners to their perception of the reality of a spiritual realm to the person of Jesus Christ. The necessity for conversion is great but one strategy for overcoming the false consciousness or false sense of security of the unbeliever is not confrontation or condemnation but a leading of them to a personal encounter with our Lord.

I am not suggesting that Christians should ever stop preaching in season and out upon the wrongness of sin and upon the profound sinfulness of each person, nor upon the misery of life without God. I am suggesting that we follow the example of the Apostle- 'To those outside the law I became like one outside the law—though I am not outside God’s law but within the law of Christ—to win over those outside the law. To the weak I became weak, to win over the weak. I have become all things to all, to save at least some.' (1 Corinthians 9;21-22)

It is also worth bearing in mind the second reason for the failure to convince which I mentioned earlier. Christians are not noticeably happier or more virtuous than their neighbours. Leaving aside the question of Christians-in-name-only I would argue that there is no particular reason to expect that the outward aspect of believers will be markedly different from that of non-believers, in most cases they are at best 'work in progress.' It is the inward aspect that should be forever altered. The islands of misery and happiness are still encountered (although in a transformed way) but the neutral zone should be a thing of the past. No day spent in the company of Jesus, no hour spent with the Holy Spirit, no time spent in the hand of the Father is neutral time. The light which is shed upon the Christian life and within the Christian heart makes all time kairos- the right moment.